Today, one year ago, Germany and Argentina battled it out on the football field to win the FIFA World Cup Champions 2014 title… but what a journey it was. 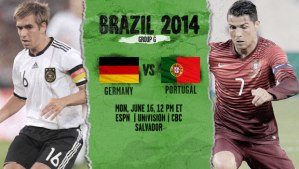 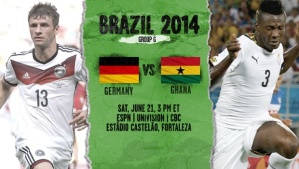 The following match against the USA was a tough one, as former German national team coach Jürgen Klinsmann now coaches the United States men’s team (Joachim Löw, Germany’s current trainer, was assistant coach to Klinsmann), however, Müller’s goal not only secured Germany’s 1-0 win, but also secured the team’s spot as the top team in Group G. 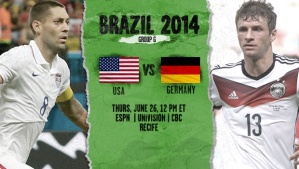 Next, Germany took on Algeria. Whilst fans watched the 90 minutes go by without a single goal, a goal by Schürrle at the start of extra time put the team ahead and a second goal by Özil ensured Germany’s win, as Algeria grabbed a last minute goal. 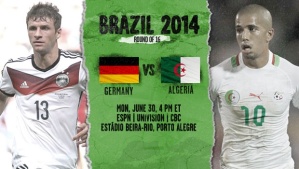 Game 57 of the World Cup saw France and Germany battle for a position in the semi-final. A header by Mats Hummels in the first half was enough to achieve this and France was kicked out of the World Cup. 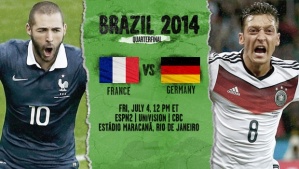 The semi-final was one of the most eventful semi-finals in World Cup history, as Germany scored  the most goals ever in a World Cup semi-final. Klose broke another World Cup record as he scored his 16th World Cup goal, replacing Ronaldo as the top scorer in World Cup history and earning him a standing ovation as he was substituted later on in the match. Whilst Germany’s 7-1 win left Brazilian fans heartbroken, it secured Germany’s spot in the World Cup finals against Argentina (Argentina and the Netherlands went into a penalty shootout in the semi-finals with Argentina securing their spot in the final with a final score of 4-2). 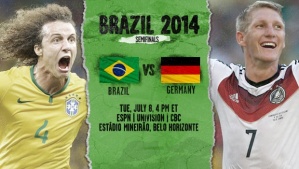 After 64 matches in 32 days and a total of 171 goals, the long-awaited final had arrived. The game went into extra time and a goal by Mario Götze earned Germany the title of FIFA World Cup 2014 Champions. It was an unforgettable win and emotions were running high as the team stood up on the podium and captain Philipp Lahm raised the golden trophy up to the sky.

When the German team returned home, they were welcomed as heroes. Fans lined up from 4am and could see the team’s Lufthansa flight, renamed ‘Fanhansa’ for the team, fly just a few hundred metres above the city before touching down at Berlin’s Tegel Airport midmorning. An estimated 400,000 people gathered at the Fanmeile outside of the Brandenburger Tor for a chance to catch a glimpse of the team. The team danced and sung, there was a guest performance by Helene Fischer, and Kroos led the crowd in a chant of ‘Miro Klose’ to honour Klose’s title as the tournament’s all-time leading scorer. 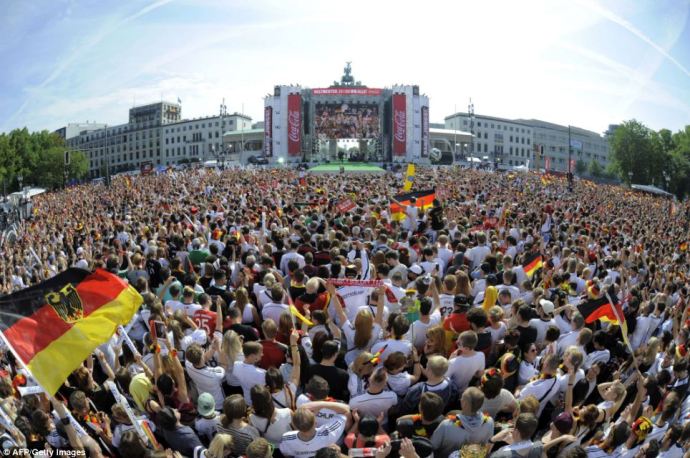 It was a nail-biting final, a week of partying and, a year on, we are still immensely proud of our boys! 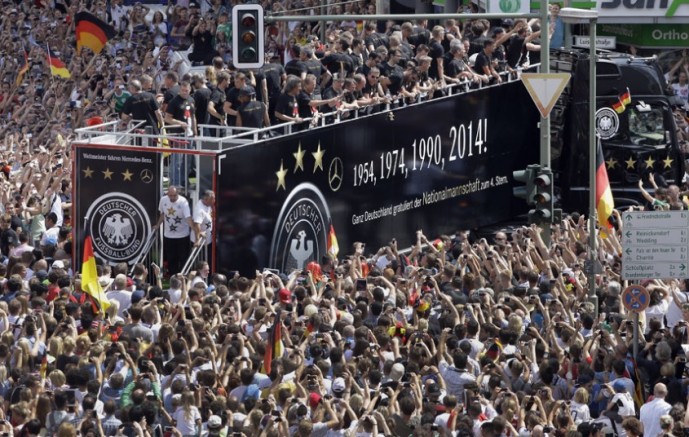