The city of Bremen, Germany’s tenth most populated city, is also the smallest of Germany’s 16 states. The city is home to the second largest port in Germany and is a commercial and industrial centre trading in cotton, wool, tobacco and copper. The city produces many goods including ships, aircrafts, steel, machinery, textiles and foodstuffs (particularly roasted coffee). It is believed that the marshes and moraines near and where Bremen stands today have been settled since approximately 12,000 BC! Today, almost one quarter of Bremen’s population are of non-German origin, with the highest non-German populations being Turkish, Polish and Bulgarian. The city has much to offer, from its historical old town (and its world-famous Town Musicians from the Brothers Grimm fairytale… but more about that later), to its interactive exhibitions and science centres, museums and the monthly fairs, markets, concerts and plays.

Universum Science Centre – Universum is a large science centre that opened in 2000 and turns science into a big adventure. The building itself resembles a silver whale or a giant silver mussel and contains approximately 250, mostly interactive, exhibits. The exhibits predominantly focus on mankind, the Earth and the cosmos. Some of the interactive exhibits include experiencing a tornado or discovering how obstacles can affect a man-made waterway. In recent years an outdoor EntdeckerPark discovery zone was added which features many interactive stations on the theme of movement. The museum is popular with all ages from 3 and up, so whether you’re six or sixty, this museum is for you!

Bremer Stadtmusikanten – The Bremer Stadtmusikanten (Town Musicians of Bremen) is a Germany fairytale by the brothers Grimm and despite their name, the musicians never actually make it to Bremen. The tale follows a donkey, a dog, a cat and a rooster that have become too old to be useful to their farmers and decide to leave their homes before they are discarded by their owners… but we won’t spoil the ending for you! There is currently a bronze statue in Bremen which was erected in 1953 and if you visit it, you will notice that the donkey’s front hooves have become very shiny, as touching them is said to make a wish come true. Below are some links to this beloved fairytale: 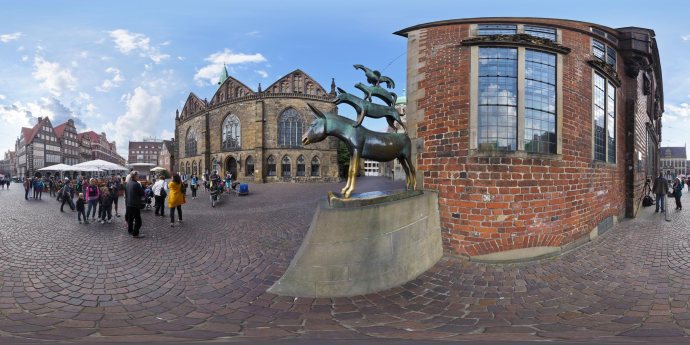 Schnoorviertel – The Schnoor neighbourhood is the only area in Bremen which has preserved its medieval character. The oldest buildings in the area date back to the end of the Middle Ages. There are two theories about how the area received its name: the word Schnoor is very close to the German word Schnur, meaning string. Some have suggested that the area was named Schnoor as the houses are very close together, like pearls on a string, however, the most widely accepted theory is that this part of the town used to be the old fishermen’s quarter, where the rope makers used to live and thus received the nickname Schnoor. The area is perfect for an afternoon of shopping, strolling in the sun and grabbing a bite to eat at one of the many restaurants and cafes, ranging from traditional German restaurants, to Irish, Italian and Spanish pubs and restaurants. 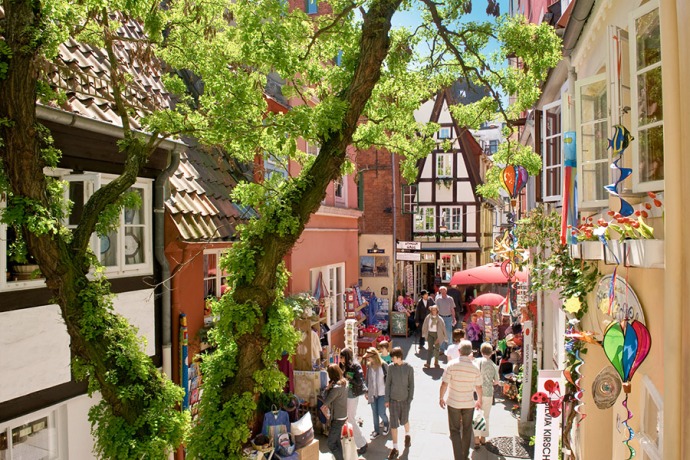 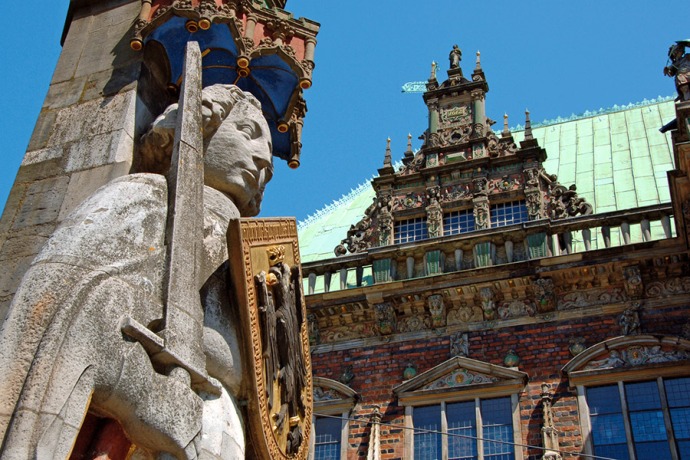 Essen is a city located in North Rhine-Westphalia and is situated between the Rhine-Herne Canal and the Ruhr River. Founded in 852, Essen was originally the seat of an aristocratic convent, and is still represented by the Münsterkirche which was completed in the 15th century. The 19th stimulated Essen’s rapid growth from a small town to the largest industrial city in the Ruhr coalfield through the development of ironworks, steelworks and coalmines. The city was occupied by the French between 1923 and 1925 and suffered heavy damage during World War II. Since then the city has been rebuilt, but all of the coal mines have closed. The Zollverein coal-mine complex, once the largest in the world, was declared a UNESCO World Heritage site in 2001. Essen is now the industrial hub of the Ruhr, as well as a retail trade centre, a rail junction and business service centre. Essen is also home to many museums, including art, natural history and cultural collections, a philharmonic orchestra and many forests and parks (in the southern part of the city). 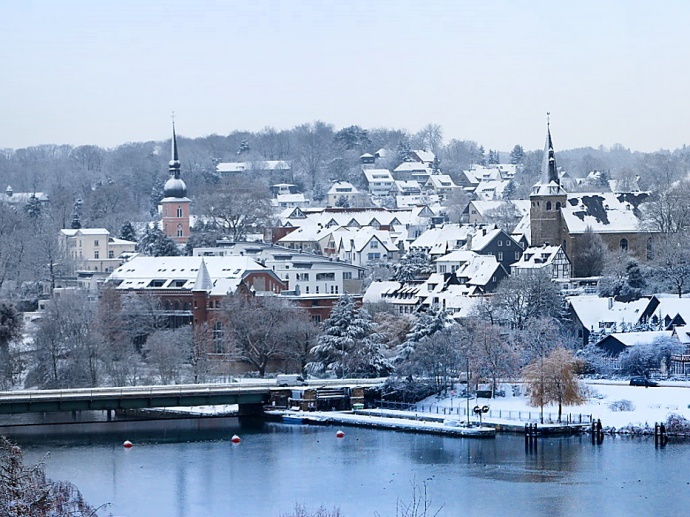 Zeche Zollverein (Zollverein Coal Mine Industrial Complex) – The Zollverein coal mine is a former industrial site in Essen. The first coal mine on the premises was created in 1847 and mining activities were undertaken between 1851 and 1986. The coal mine was originally founded by Franz Haniel who required coke (a very pure and carbon-rich fuel, usually made from coal) for steel production and test drillings concluded that there was a very rich layer of coal found in the Katernberg region (a suburb of Essen). The coal mine was named Zollverein after the German Customs Union, founded in 1934. Almost 100 years later, in 1937, the coal mine was employing almost 7,000 people and had an output of 3.6 million tons of coal. The mine survived World War II with only minor damages and became one of the most productive coke plants worldwide. However, by 1983 the coal mine was no longer profitable enough and parts of it were shut down. The state of North Rhine-Westphalia bought the coal mine territory and declared it a heritage site, which would ensure the preservation of the site. By 2000, the entire site was declared an official heritage site and was listed as a UNESCO World Heritage site in December 2001. Visitors are now able to go on a guided tour of the coal mine which includes a look at the technical processes, architectural features and a full explanation of the mine’s historical background. The Zollverein also hosts a variety of different events throughout the year including festivals and educational events.

Villa Hügel – The Villa Hügel was built between 1870 and 1873 by Alfred Krupp and was intended as a residence for his family. The villa boasts 269 rooms with 8,100 square metres of useable floor space and is situated with 28ha of park. Alfred, his wife Bertha and son (and heir) Friedrich Alfred moved into the villa in 1873. The Krupp family is one of Essen’s most famous and influential families and owners of the Krupp AG, now ThyssenKrupp AG – a multinational conglomerate corporation based in Duisburg and Essen. The company is one of the world’s largest steel producers and further provides components and systems for the automotive industry, elevators, escalators, material trading and industrial services. The Krupp AG was originally founded by Friedrich Krupp in 1810. His son Alfred Krupp (creator of the Villa Hügel) took over the responsibility at just fourteen years of age after his father died in 1826. The company struggled for many years, but started to take off in 1841 and by 1847 Alfred produced his first cannon made of cast steel. Alfred would later be known as “the Cannon King”. In 1887 after Alfred’s death, his only son Friedrich Alfred took over the company and carried on the work. Throughout the 1900s the company was further passed down the line of Krupps (including Gustav who married into the family but took on his wife’s last name) and in 1999 Krupp merged with Thyssen (a major steel producer founded by August Thyssen in 1891), now known as ThyssenKrupp AG. This is only a brief history of the long Krupp history and the Villa thus represents not only the Krupp family’s residence, but is a symbol of German industrialisation. 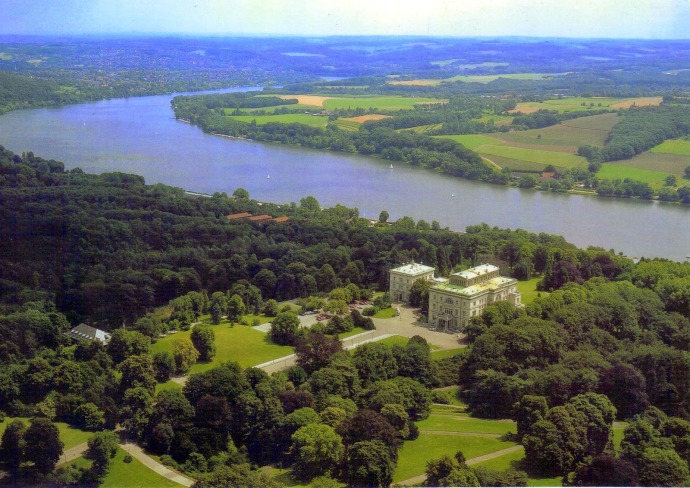 Museum Folkwang – The Museum Folkwang is home to a large collection of 19th and 20th century art. It was established in 1922 through the merging of the Essener Kunstmuseum (art museum) founded in 1906 and the private Folkwang Museum owned by Karl Ernst Osthaus, established in 1902. The name ‘Folkwang’ derives from the name of the afterlife meadow of the dead, Fólkvangr, from the Norse mythology (mythology of the North Germanic people stemming from Norse paganism). The museum contains 19th and 20th century art including works by Vincent van Gogh and Pierre-Auguste Renoir, modern art, photography, prints, drawings, as well as containing the German Poster Museum. The German Poster Museum (Deutsches Plakat Museum) contains more than 340,000 posters from politics, economics and culture ranging from the first posters produced to modern posters. Sachs (American businessman and museum director) described the museum as “The most beautiful museum in the world.” In addition to its permanent fixtures the museum hosts many special exhibits for limited periods. Current exhibits include ‘Photography in China’, ‘Conflict, Time, Photography’ and ‘Books and Films – Robert Frank.’

Posted on June 9, 2015 by Oktoberfest for Teens

Dortmund is another large city in the state of North Rhine-Westphalia. It has a population of just over half a million, making it Germany’s eighth largest city. It is also known as Westphalia’s “green metropolis” as almost half of the region is made up of waterways, forests, agricultural and other green spaces. The city was first mentioned in 882. It was then destroyed by a fire and rebuilt in 1152 by the Holy Roman Emperor Frederick I. Throughout the next few hundred years parts of the cities were destroyed by natural disasters and by the war (98% of the inner city was destroyed in World War II). Nowadays the city has much to offer, including rebuilt churches (dating back to the 1300s), six castles, museums, an opera, a major stadium, educational facilities and much more!

Westfalenstadion – The Westfalenstadium (now named Signal Iduna Park until 2021 under a sponsorship agreement) is the home stadium of the Borussia Dortmund football team in the German Bundesliga. The stadium hosted matches in the 1974 and the 2006 FIFA World Cup, as well as hosting the 2001 UEFA Cup Final. Its original capacity in 1974 was 53,872 and has now increased to 81,264, making it Germany’s largest football stadium. If you happen to be in Dortmund during the football season, make sure you watch a game there and enjoy the incredible atmosphere, if not, the stadium gives tours all year long. The stadium tours include the dressing rooms, the tunnels, VIP areas and the club museum

Industrienmuseum – The museum of industry is the largest industrial museum in Germany and is spread over eight former industrial sites: three collieries, one blast furnace plant, a ship lift, a textile factory, a brickworks and a glassworks. The buildings and machines have been restored, since they closed at the end of the Industrial Revolution, and form the heart of the museum. Visitors are taken on a journey through the city’s industrial heritage and are able to weave textiles, shape bricks and blow glass through a glassmaker’s blowpipe as a part of the experience. The eight sites each offer very different exhibitions and host hundreds of events each year including piano recitals, trade fairs, choral concerts, markets, art shows and much more. Find out more about these events at http://www.lwl.org/LWL/Kultur/wim/portal/termine 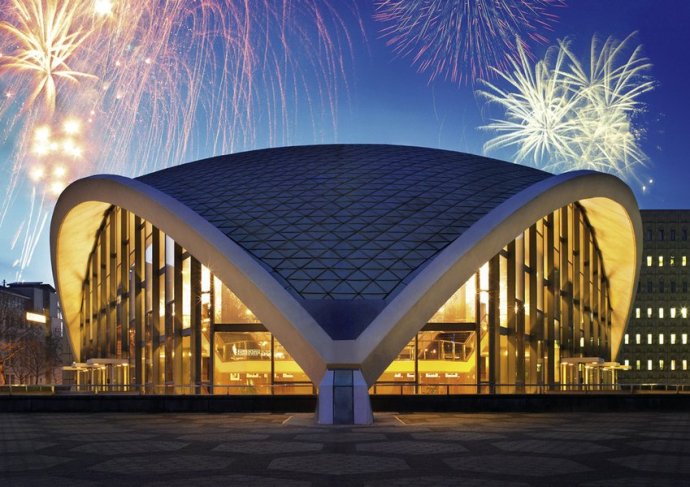 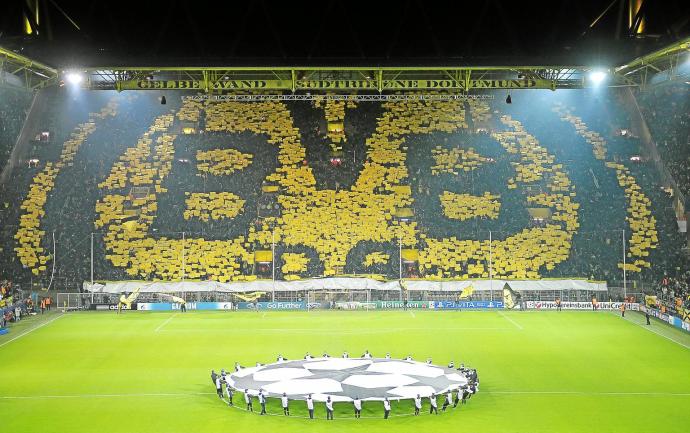