Posted on July 6, 2015 by Oktoberfest for Teens 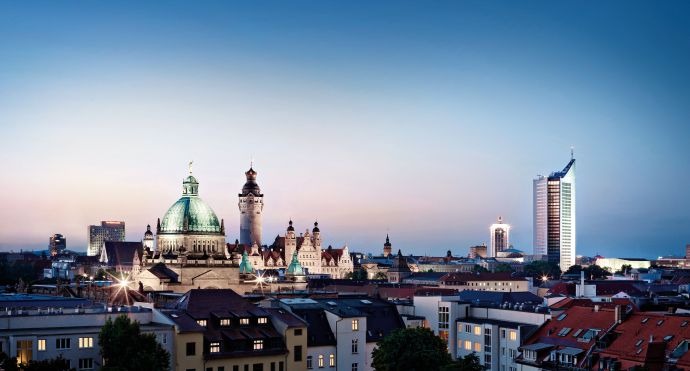 Leipzig is a located approximately 150km south of Berlin, in the state of Saxony. The city received its original name from the Slavic word ‘Lipsk’ which means ‘settlement where the linden trees stand.’ It was first documented in 1015 in the chronicles of Bishop Thietmar of Merseburg, but has come a long way since those early days! Leipzig is very famous for its long fair trade tradition, however, it is also largely known for its cultural and music scene. The city has a very special relationship with music and is home to the St Thomas choir, one of the world’s oldest boys’ choirs (but more about that later…). In addition to the famous choir, Leipzig has been home to many famous musicians. The composer Richard Wagner was born in Leipzig, Johann Sebastian Bach lived in Leipzig for 27 years and Gustav Mahler worked in Leipzig for 2 years. The historic part of Leipzig features renaissance style buildings from the 16th century, whereas the newer parts of town were only built in the 1990s after many buildings were destroyed during or demolished after the war. The city holds many annual events which are attended by people from throughout Europe, such the Auto Mobil International auto show, the Bach-Fest (Johann Sebastian Bach festival), Dok Leipzig (one of the oldest documentary festivals in the world – now featuring documentaries and animated films), the Wave-Gotik-Treffen (world’s largest goth, or ‘dark culture’, festival) and the Leipziger Weihnachtsmarkt (Christmas market) which has been held since 1767.

St Thomas Kirche (Church) Leipzig – The St Thomas Kirche is where Johann Sebastian Bach worked as choir director from 1723 until his death in 1750. The Thomanerchor (St Thomas Choir of Leipzig) was founded in 1212 and consists of 93 boys from the ages of 9 to 18. Some boys go to schools focusing on athletics, others on academics – these boys go to school to focus on their singing (many famous opera singers, composers and even pop stars started off as Thomaner)! The boys live together in a boarding school where each room is home to boys from different year levels: the older students are responsible for looking after the younger students and ensuring that they behave. The choir’s main repertoire is made up of the works by Bach, but has started to include other works from the renaissance period up until now. The choir tours Germany at least two times a year and also performs overseas, however, when the choir is in Leipzig, it is required to perform in the St Thomas Kirche three times a week.

Listen to one of the choir’s most famous Christmas performances at: https://www.youtube.com/watch?v=MVewzMm1uts 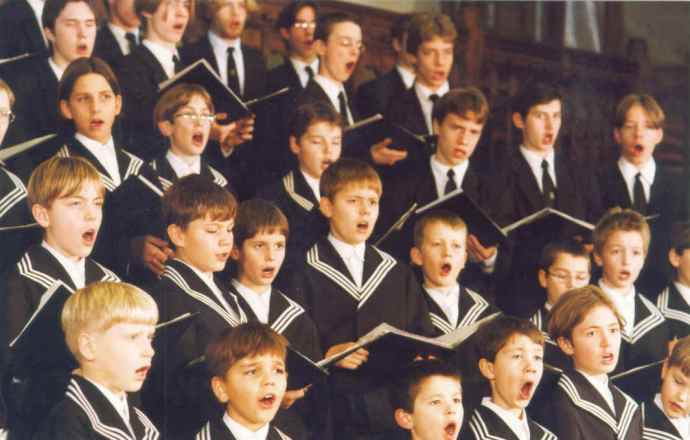 Leipzig Zoo – The Leipzig Zoological Garden was opened on the 9th of June 1878 and was taken over by the city in 1920 after World War I. The Zoo is also known as ‘Zoo of the future’ due to its efforts in animal welfare and husbandry, species conservation, education and exploration tours. The zoo is home to approximately 850 different animal species which live in state-of-the-art enclosures. Rather than using concrete and steel to create these enclosures, they have been built to resemble the animals’ natural habitats by creating enclosures surrounded by tree borders and bodies of water. The zoo is split up into 6 main areas: Founder’s Garden, Gondwanaland, Asia, Pongoland, Africa and South America. The Founder’s Garden is the historical area of the zoo where the office and zoo school are located in the original Wilhelminian-style buildings which are now under preservation order. Gondwanaland is a giant building (larger than 2 football fields) which allows visitors to come into close contact with the tropical rainforests of Africa, Asia and South America – there are almost 100 exotic animal species and approximately 500 different plant species present in the enclosure. Asia includes many different species, from sloths to elephants, tigers to herons and buffalos to warthogs. Next, Pongoland is the most unique ape enclosure in the world. It includes everything from chimpanzees to gorillas and orang-utans, as well as being home to a Research Centre – it even features discovery stations where you can do your own research! Africa is a spacious landscape where zebras, giraffes and ostriches live together right next to the lions and hyenas – only a ditch separates the predators from their prey! Finally, South America only contains a few animals, such as maned wolves, flamingos and lamas, however, this area is currently expanding and is set to be completed by 2018. In addition to its incredible exhibitions, the zoo has bred more than 2,000 lions, 250 rare Siberian tigers, as well as many other carnivores, such as the brown bear. The zoo has not only helped breed may endangered species, but its participation in reintroduction programs has also ensured that the Eagle Owl, the Little Owl, the Przewalski’s Horse and Oryx dammah can now all be found again in their natural habitat.

Leipzig Hauptbahnhof (Central Station) – in most cities you’ll arrive at the central station and then explore the sights, in Leipzig the central station is a sight in itself! The building dates back to 1915 and is the world’s largest railway station measured by floor area. In addition to being a transport centre, the Hauptbahnhof is also the city’s largest shopping centre with over 200 stores and services. In Germany shops are always closed on a Sunday, however, transport hubs are an exception to this rule, so whilst the centre is always busy, Sundays are its busiest days! The Leipzig Hauptbahnhof really has it all – whether you’re just after a coffee, a new pair of shoes, a haircut or a washing machine, you’ll find everything you need at the train station!

One thought on “City Spotlight: Leipzig”