So you’re learning Deutsch? That’s awesome! Learning languages should be a fun experience, but there are some additional benefits to learning this fantastic language.

Aside from a few exceptions (because there always has to be SOME kind of exception to the rule!), German is pronounced the way it is spelled and spelled the way it is pronounced. Once you know how to pronounce letters and letter combinations, you’ll be able to read just about anything – so even if you have no idea what you’re actually saying, at least you’ll be saying it correctly! 🙂

German is the most widely spoken language in Europe

Europe has a population of over 742 million people – that’s massive! Whilst Germany, Austria and Switzerland have almost 100% German speaking populations, German is also the most widely spoken mother tongue in the European Union. Whilst speaking fluent English will get you quite far in Europe, speaking German will get you even further and speaking both… well, the possibilities are endless! 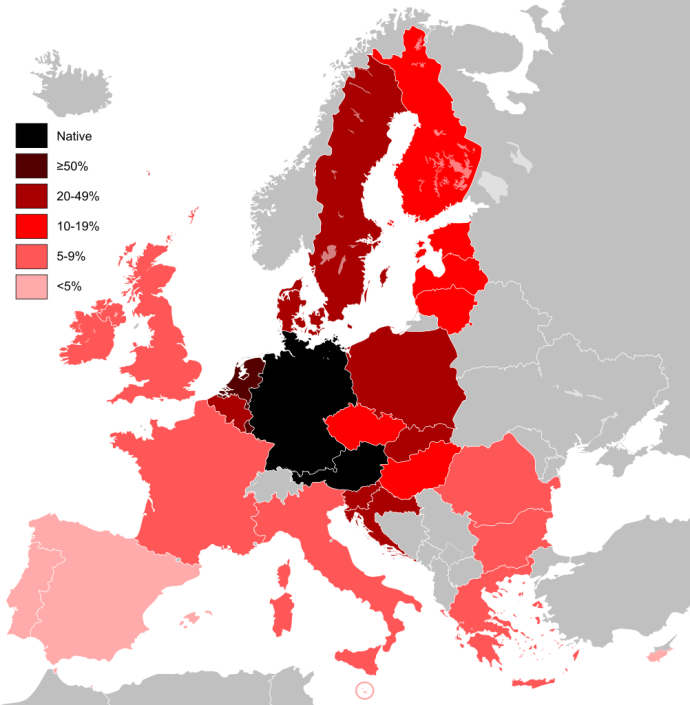 Germany has a rich culture

With people such as Albert Einstein, Ludwig van Beethoven, Johann Sebastian Bach, Karl Marx and Johann Wolfgang von Goethe (just to name a few!), it is clear that Germany has a very rich culture, whether it is science, literature or music. With so many notable inventions it is not surprising that many books and journals have ­never been translated into English. By learning German you are opening a door to all kinds of literature and information which you may not have had access to beforehand!

The DAAD (Deuscher Akademischer Austauschdienst: German Academic Exchange Service) grants more than 60,000 scholarships PER YEAR (yes, you read that right). With this, it claims to be the largest academic exchange organisation in the world. There are short and long term scholarships available for everything from study abroad to summer courses, thesis research and internships!

When learning German, it is often helpful to make sure that you know what the most common words are, as this will help you to understand German much quicker than learning a random vocabulary set. The top 10 common German words are: das, ist, du, ich, nicht, die, es, und, Sie & der. For a full list of the 1,000 most common German words head to http://www.languagedaily.com/learn-german/vocabulary/common-german-words