With a population of roughly 1.8 million, Hamburg is Germany’s second largest city, and what a city it is! Hamburg is home to the largest sea harbour in Germany (second largest in Europe) and has been called the commercial centre of Northern Europe. Whilst the city is vital to the country and all of Europe’s economy, the city has much more to offer. It was voted Germany’s most attractive and hippest city and is home to more than 40 theatres, 60 museums and 100 music venues and clubs. 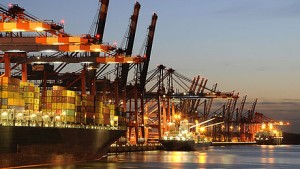 1. Miniatur Wunderland (our personal favourite!!) – the miniature wonderland is the largest model railway in the world! Rather than telling you about this extraordinary exhibit, you can see parts of it in this YouTube video:

2. Hamburger Hafen – the Port of Hamburg is located on the river Elbe, 110km away from the mouth of the river which opens up to the Nordsee (North Sea). The port is also referred to as “Gateway to the World” and it is the busiest port in Germany. The port is almost as old as Hamburg itself, founded in May 1189 by Frederik I for its strategic location. The port is one of Hamburg’s largest attractions, both as an industrial and logistic centre and as a backdrop for modern culture with museum ships, bars, restaurant hotels and even a floating boat church. 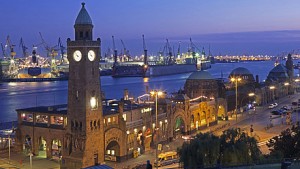 3. Hamburg Rathaus (town hall) – the city hall or town hall of Hamburg is the seat of the government, located in the Altstadt quarter in the city. The building was constructed from 1886 to 1897, after the old city hall was destroyed in the great fire of 1842, and nowadays still houses its original governmental functions with the office of the First Mayor of Hamburg and the meeting rooms for Hamburg’s parliament and senate. The lobby of the city hall is a public area used for concerts and exhibitions, whilst the hall on the first floor is used for official presentations. The balcony of the city hall has the Latin inscription “Libertatem quam peperere maiores digne studeat servare posteritas” which means “May the freedom won by their forebears be preserved with dignity by future generations.” 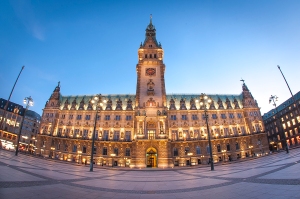 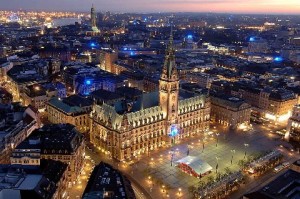 HSV, or commonly known as Hamburger SV, is Hamburg’s sport club, most known for its football team. The current HSV was founded in 1919, although it officially traces its origin back to 1887. The HSV is the most unique football team in Germany as it is the only team to have played continuously in the 1. Bundesliga (top tier of the German football league system) since the end of World War I and it is the only team to have played every season of the Bundesliga since its foundation in 1963. HSV has won the German national championship 6 times, the DFB-Pokal 3 times and the League Cup twice. 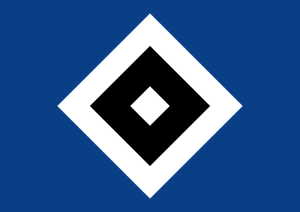