Posted on September 17, 2017 by Oktoberfest for Teens

The USA has the Oscars, Germany has the Deutscher Filmpreis (German Film Awards). The Deutscher Filmpreis is the annual German awards ceremony, traditionally held in the country’s capital – Berlin, honouring cinematic achievements in the German film industry. Although there are other film awards in Germany, this is the most important ceremony, with the ‘Best Feature Film’ being the most prestigious award.

Since 1999 the winners of the various categories, such as ‘Best Actress’, ‘Best Actor’, ‘Best Cinematography’ and ‘Best Documentary Film’, receive a copy of a statuette – the LOLA. The name of the statuette refers to Marlene Dietrich’s role in ‘Der blaue Engel’ (The Blue Angel), Rainer Fassbinder’s movie ‘Lola’, and Tom Tykwer’s movie ‘Lola rennt’ (Lola runs). 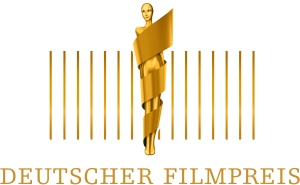 This year’s winner of the ‘Best Feature Film’ was the German comedy-drama film ‘Toni Erdmann’ which premiered at the Cannes Film Festival and was named the best film of 2016 by several cinema magazines and won five awards at the 29th European Film Awards: Best Film, Best Director (Maren Ade), Best Screenwriter (Maren Ade), Best Actor (Peter Simonischek) and Best Actress (Sandra Hüller) – a first for a movie directed by a woman. Toni Erdmann follows the story of divorced music teacher Winfried and his daughter Ines who is pursuing her career in business consulting. Throughout the movie Ines’ work-related stress and unhappiness in her personal life weigh down on her whilst her father takes on a playful role in her life as a character ‘Toni Erdmann’. At first she does not appreciate his humour, but eventually decides to go along with it. The movie ends at Ines’ grandmother’s funeral where she tells her father that she has quit her job and the two reflect on the nature of happiness. Director, Maren Ade, said that she thought the movie ‘always had both genres [comedy and drama] within in, because [Winfried] is playing a comedy [for Ines], but he’s doing it out of desperation.’

Watch the ‘Making of: Deutscher Filmpreis 2017’ below – from the announcements of the nominations to the red carpet and the Lolas themselves – see how many faces you can recognise from this week’s infosheet!

Images and information retrieved from: