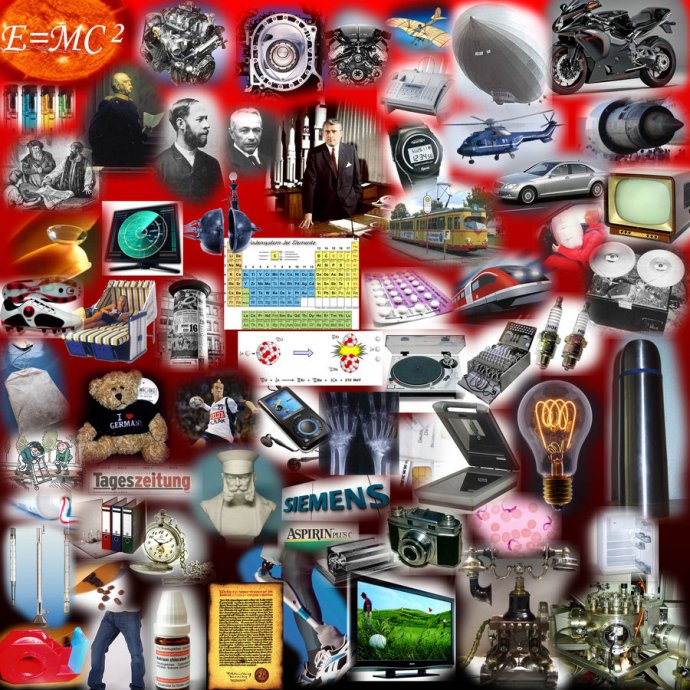 There’s no denying that Germany has played a major role in shaping the modern world. The first automobile was invented in Germany, along with the first motorcycle, truck, helicopter and cruise ship. Germany was the first to have a Christmas tree, advent calendar and an advent wreath. Scientific inventions and discoveries include the theory of continental drift, the discovery of Uranus and Neptune, Planck’s law and Planck’s constant, the theory of relativity, metal detectors, chip cards, computers, television, jet engines and the X-ray. Some musical inventions include the glockenspiel, clarinet, harmonica, accordion and gramophone record. So here are just a few lesser known German inventions:

These bear-shaped gummies were invented in the early 1920s when Hans Riegel founded his candy company – Haribo. The first gummy lollies produced by his companies were shaped like bears and Haribo continues to be one of the world’s top manufacturers of gummy lollies.

The world’s most popular painkiller, Aspirin, is a German invention! The little white pill was developed by chemist Felix Hoffman in 1897 for the Bayer AG (a giant pharmaceutical company). Although a US company claimed the patent after World War I, 25% of Aspirin produced globally is still made by Bayer.

Many stationary items, such as the ring binder, hole punch, tape and glue sticks, were invited by Germans! The first glue stick was invented in 1969 by the company Henkel after studying the convenience of lipstick applicators. The first glue stick was released under the ‘Pritt Stick’ brand which was sold in 38 countries just two years later, and in 121 countries by 2001. The first multipurpose glue stick which could be used on other materials, such as wood and glass, was the ‘PowerPritt’ released in 2003.

After using blotting paper from her children’s school books to remove unwanted coffee grounds, Dresden housewife Melitta Bentz had the idea to patent her invention in 1908. She then founded a company with her husband and the couple were selling over a thousand filters by the next year.

The Easter Bunny is well known around the world for leaving Easter-eggs for children on Easter Sunday. Whilst many people believed that the Easter bunny originated in America, it was first mentioned in German literature in the 1600s and was brought to America in the early 1700s by German immigrants who settled in Pennsylvania.