Posted on September 26, 2014 by Oktoberfest for Teens

Last week we had a look at a glowing-pear, a shield-toad and lots of ‘things.’
Here are just a few more…

Sloths are known for being lazy, which is why Germans call them a Faultier which literally means “lazy animal.”

A bicycle is sometimes called a Drahtesel in German which translates to “wire-donkey.” 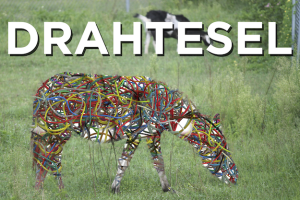 Colloquially, when nothing is happening or a situation is really boring it is referred to as Tote Hose which literally means “dead trousers.”

A headlight is called a Scheinwerfer in German which means “shine-thrower.”

We hope you enjoyed the second part of ‘Germans say what?” and we will be publishing a final part next Friday.